Early Days: Pacino Royale was born on the “FEAST of ST. ALBERT” 15th of November 1967 during the Nigerian civil war, to a middle class Christian family from Ogbele town in Rivers State, South of Nigeria.

He was Christened Albert Chimaraobim Ozurumba by his Father Fyneface a civil servant & his mother Lucy Ozurumba a school teacher.

Early Entertainment Experience: He started out in Entertainment as a Dancer & shot into fame as a teenage Star In 1983 when he was 2nd runner-up at the “COWRIE BONDS” National Disco Dancing Championship (later renamed as “JOHN PLAYER DISCO DANCING CHAMPIONSHIP” where he represented zone 8 which comprised of Imo, Anambra & Benue States of Nigeria at the National Theatre, Igammu, Lagos State, Nigeria.

Musical Journey: His musical journey started in 1986 when he met Daniel Wilson who was at that time a fellow student & course mate at the University of Port Harcourt in Rivers St ate Nigeria. Daniel Wilson as at that time was working on his debut album “Daniel in the lion’s den” as Entertainers, they bonded easily & became roommates. Living with Daniel Wilson was a major influence on Albert switching from being a Dancer to Singer. After so many months of living together as roommates & constant listening to several Reggae songs by various artist, naturally the seed for the love for Reggae music was sowed in Albert, who began singing along to great Reggae songs. in 1986, Daniel Wilson had finished work on His debut album & had planned a musical tour of some major universities in Nigeria, He needed supporting acts to tour with him so he picked his friend Albert to tour with him alongside other upcoming Artists at that time, Root mantis, Nufty & Iwo Singer Jnr… at this point Albert needed a new name….

AL’ PACINO was the name given to Albert by his good friend Daniel Wilson. This name was chosen by Daniel Wilson due to the love Albert had for the Italian movie actor Al’ Pacino. In 1987 while a student at the Rivers and State college of Education Pacino joined the Ras Reggae cultural organisation where he played an active role promoting Reggae music, via organising Reggae Dances (Iration) as the social director (Kinky man) of the club until his graduation in 1989. In the year 1996 Albert left the shores of Nigeria to far away West African country Ivory Coast in search of greener pastures. There again he continued in the entertainment business helping & encouraging underground artists by organising sound systems in the district of Yopougon, in Abidjan. He also gave his support when needed to Radio stations in Abidjan with collaboration of his friend Brown Lee.

At this time Albert wasn’t ready to take up music as a profession but went on playing & organising shows whenever he was called upon to do so…In 2005, due to the Political instability in Ivory Coast, Albert decided to relocate to Nigeria. Back in Nigeria He got in contact wi

th his childhood friend Komboye Sinclair. A.K.A. Daddy Seenclear, who at that time had built an in-house music studio at his residence in Port Harcourt. Daddy Seenclear convinced Pacino to come back fully into the music business, he offered to produce Pacino for FREE. Between 2008/2009 With the encouragements from Daddy Seenclear, Pacino made a few trips from Lagos to Port Harcourt to record songs at the SOUND COMPOUND STUDIO owned by Daddy Seenclear. A lot of progress was made & songs like End time daughters, bourgeoisie, Gazing up, Seashores of Sombreiro, & Lucy Mama were recorded. 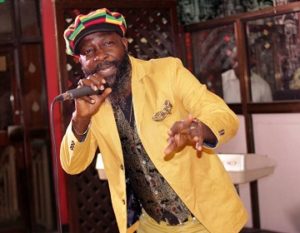 In the year 2010 Pacino relocated to Port Harcourt city & continued writing & recording songs with the Assistance of Daddy Seenlear & his partner Amoni Opakuma (Akamon). Pacino continued to perform at Reggae gigs & dance parties hosted notably at The Oasis Port Harcourt, Liquid lounge in Port Harcourt & M-Lounge in Port Harcourt, where he performed alongside Mojo Morgan of the great Jamaican family reggae band Morgan Heritage. In 2013 Pacino was invited to perform at the Rivers State annual carnival (Carniriv) alongside big names like the great Jamaican Reggae group “Steel Pulse” He put up a stunning performance & was again invited to perform at the 2014 Carnival. Pacino became a household name & was rated amongst the best Reggae artists to come out of Africa in this time.

In 2017 Pacino was invited for the Dubai Reggae Beachfest where he performed alongside Kymani Marley & other invited Reggae artists from various countries… there again Pacino proved himself with a captivating performance. Since then Pacino has been touring different cities & states… Spreading Goodwill & the message of Love through word & sound… He is Maried to Princess Rosine Amenan of Ivorian Origin & they are blessed with 5 children 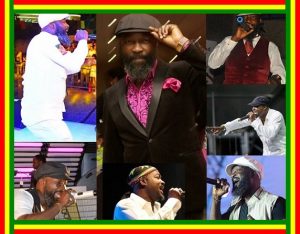 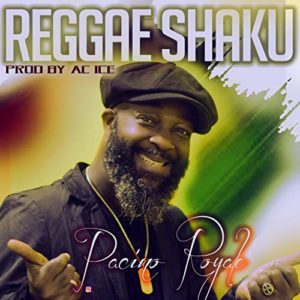 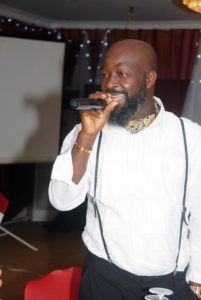